Moshe Feldenkrais (1904-1984) was a man of extensive knowledge and unique inspiration. Born in Ukraine, he immigrated alone to Palestine aged 14, doing construction work in the mornings for his living and studying in evening school. Discovering a great interest in Martial Arts, he found the time to practice Ju-jitsu and later on Judo. Feldenkrais also developed a few new moves in Judo and wrote a book on the subject that was to inspire Jigoro Kano, the founder of modern Judo, to choose him to establish the first Judo club in France, where he moved to in 1930. Feldenkrais was also a classical scientist, achieving his BSc in engineering and then a PhD in physics at the Sorbonne. He worked as an assistant to the future Nobel Prize winner Frederick Curie, son-in-law of Marie. During WW2, as the German army swept into France, he escaped to England and joined the British Navy where he served in a scientific capacity. While there he started to suffer from a recurrence of a knee injury suffered while playing football some years earlier. Having been informed by a surgeon in Glasgow that a corrective operation might leave him unable to bend his leg, Feldenkrais decided to take matters into his own hands.

Beginning to observe what eases the pain and what makes it worse, he realised that the reason he had developed an injury to his knee lays in his habitual way of moving and inaccuracy of his sensory feedback system. This also meant that even if the correcting surgery could be successful, he was bound to redevelop the same problem and worse. The pain was a call from his body to stop or modify his movement. Feldenkrais combined his skills as a scientist and a master of martial arts with deep research into the interaction of brain and body. Feldenkrais reached a profound understanding of the process by which a person learns to walk and acquire the skill of movement on the way from babyhood to maturity, and how this is involved with sensation, perception and self-image. Making practical use of this understanding, he not only healed himself but found he had developed a whole new system, now codified as the Feldenkrais Method.

Feldenkrais became a respected figure both in the scientific community and the world of the performing arts. In 1950 he returned to what was by then the state of Israel and started to give group classes and individual lessons. Travelling widely, he began to teach and lecture in the USA and Europe. He worked with many eminent people, among them Peter Brook, Julius “Dr.J” Erving II, Margaret Mead and Yehudi Menuhin. At the end of the 1960’s he started to train others in his method. There are now thousands of qualified Feldenkrais Method practitioners all over the world. 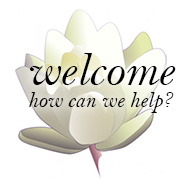